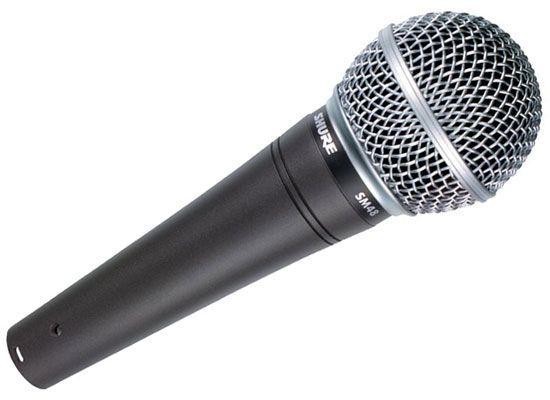 The SM48 unidirectional dynamic microphone is a great performance microphone. It maintains a true cardioid pattern throughout its frequency range, ensuring high gain before feedback and rejection of off-axis sound.

The SM48 includes a shock-mounted cartridge, a steel mesh grille, and an integral "pop" filter.

Listen in the Shure Mic Lab 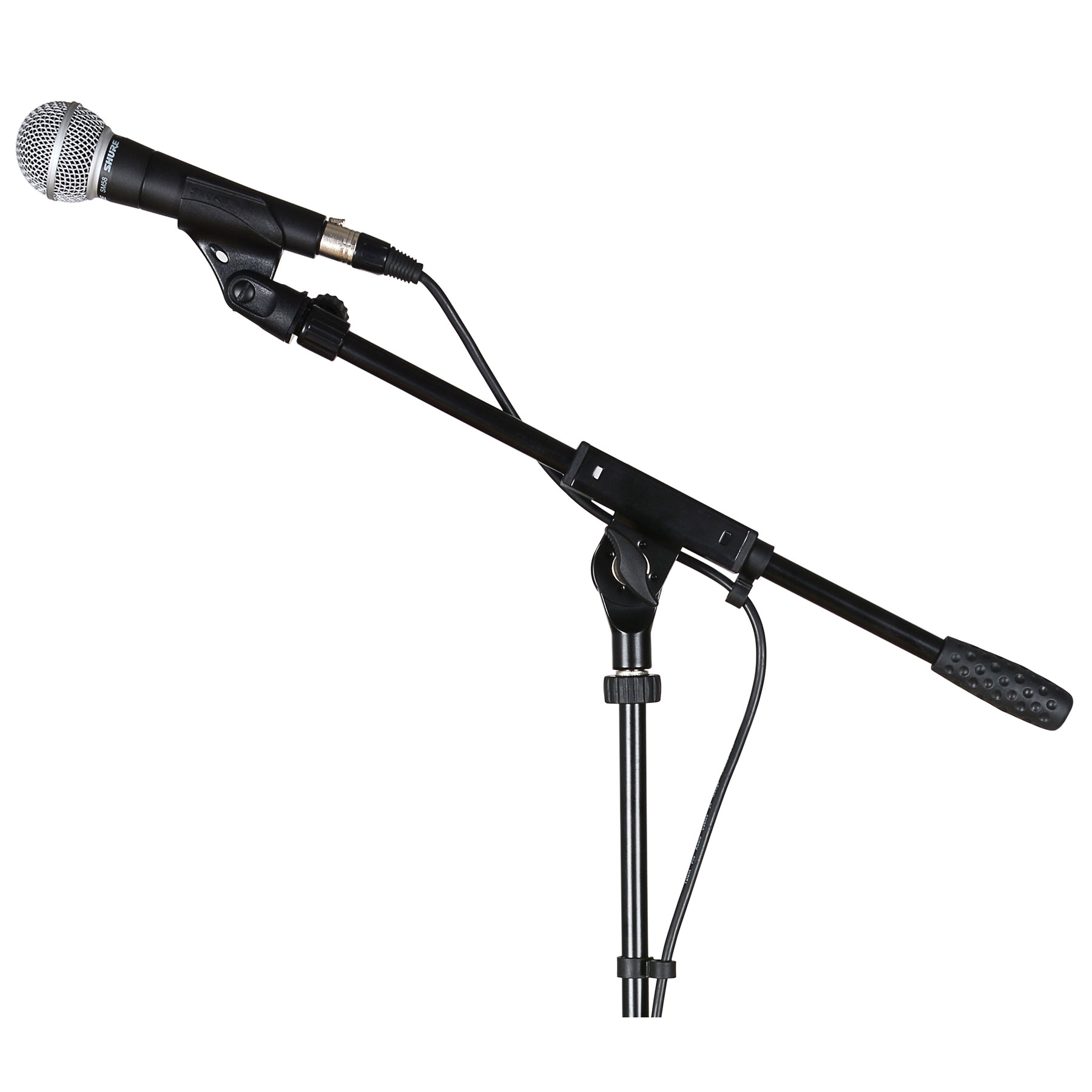 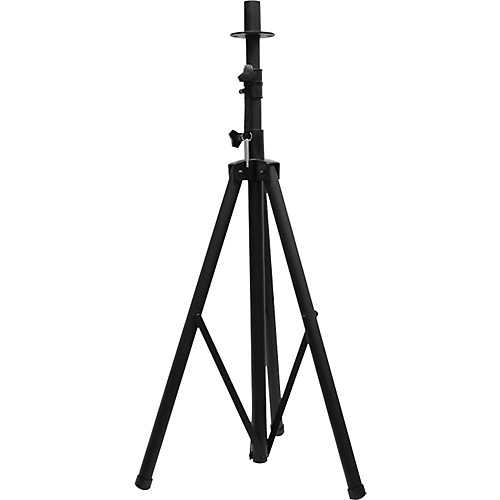 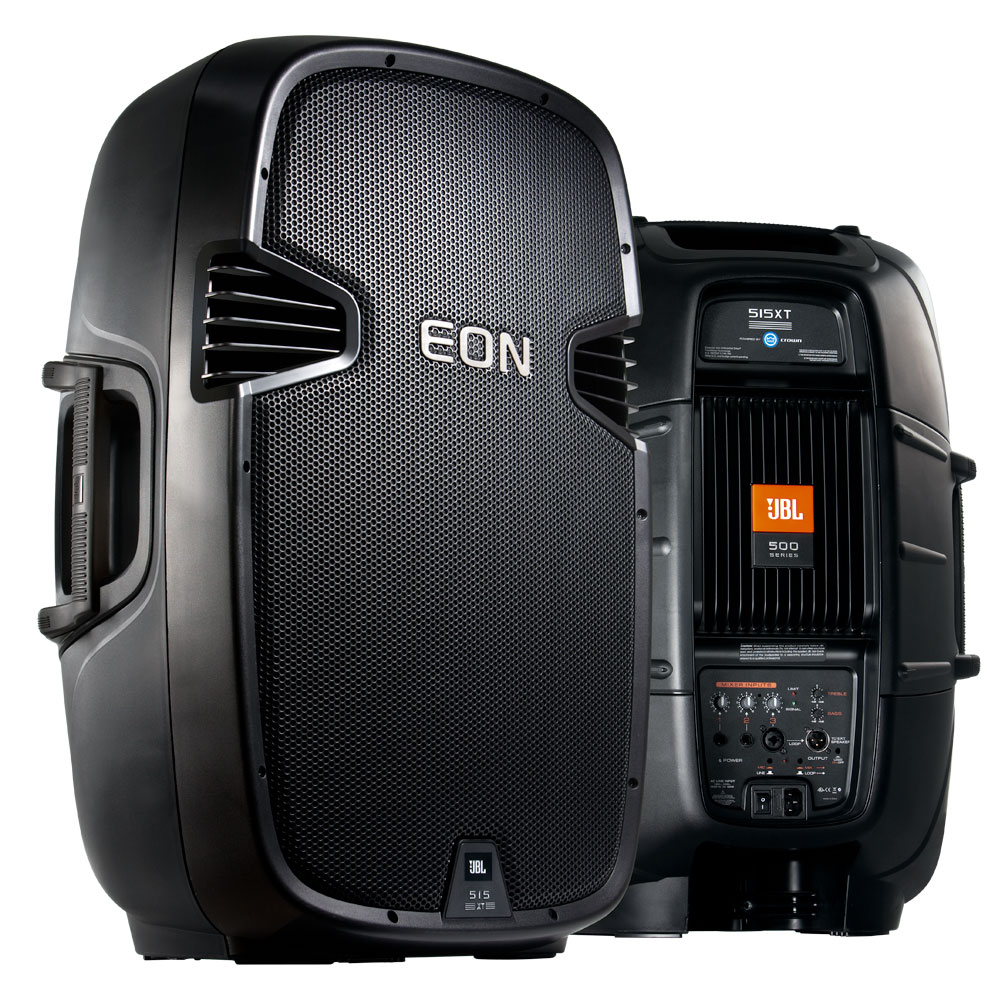 The EON 515XT was engineered for durability, high performance and ease of use. We’ve extended the reach of the current EON technology by improving input sensitivity, lowering the noise floor, adding user selectable EQ control and re-voicing the system for peak performance and enhanced audio precision. The intuitive onboard 3-channel mixer with adjustable EQ assures that you’re in control of the sound and the sturdy construction and superior ergonomic design will guarantee a lifetime of reliability and simplicity. 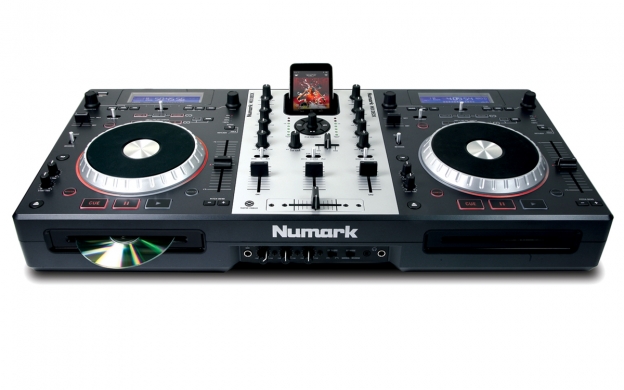 Mixdeck is a complete system for every DJ who blends different kinds of music sources. Whether your music is on CDs, MP3 CDs, USB flash drives, iPod, your computer, or even other analog players, you can mix and perform with it all using Mixdeck.

Mixdeck has two large, touch-sensitive illuminated platters and controls for cueing and scratching your music. Each slot-loading drive works with both CDs and MP3 CDs. You can also connect a USB flash drive on each deck for access to thousands of MP3s without taking a computer or CDs to the gig. But these advanced decks aren’t just MP3/CD players - they also work as software controllers. Just connect Mixdeck to your Mac or PC with a single USB cable and you’re seamlessly controlling the music on your computer.

Mixdeck has a full-featured mixer built in. Each input channel has its own gain and three-band EQ/rotary kills (+12dB/ -INF). The mixer channels control the audio from Mixdeck’s onboard players, incoming audio from your computer, or external sources such as turntables, MP3s players and more. Mixdeck has two sets of stereo, switchable phono/line inputs for external sources. Mixdeck’s replacable crossfader has switchable slope and reverse so you can customize its performance based on your preferences.

Mixdeck’s advanced platters are touch-sensitive for superb accuracy and smooth control of tracks on discs, flash drives, and software. The platters’ outer rings illuminate for visual indication of deck performance and mode.You can adjust Mixdeck’s players to perform just like vinyl on turntables thanks to their independent start and stop-time controls on each deck.

On top of playing all kinds of music media, both decks enable you to add flavor to your performances with integrated, beat-synced DSP effects that include chop, echo, filter, flanger, pan, and phaser. Each is completely adjustable and a dedicated wet-dry fader controls them all.

Mixdeck contains a set of beat and pitch tools that will help you with beat matching and harmonic mixing. Start playing a track and Mixdeck automatically analyzes its BPM (tempo), and displays it on screen. There’s also a Tap tempo button for manual BPM entry. You can alter the track’s BPM by ±6, 12, 25, and 100% using the pitch fader. For each of those ranges, you can also engage Key Lock, which holds the pitch (key) of the track while you independently manipulate its BPM. There’s also a set of pitch-bend buttons on each track for quick tweaks.

Mixdeck gives you a complete range of remixing tools for on-the-fly creativity, including seamless looping on a set of easy-to-understand controls, sampling, and easily accessible hot cues. Numark’s familiar Bleep/Reverse gives you the ability to keep time moving forward while you cut or reverse the track.You can play tracks from discs in single-track, continuous, and programmable playback modes for flexible performance. Fader Start enables Mixdeck to start playing the track you have cued up when you move the crossfader for effortless transitions.

Mixdeck features two large, backlit displays for keeping tabs on each deck even in poorly lit conditions. You can monitor BPM, CD and MP3 text tags, navigate folders, and keep an eye on effect status on these big, bright screens. Mixdeck gives you the ability to perform, mix, remix, and record with virtually any popular music media.

You can add any of the following items to your rental. Just process regular package booking and under "Special instructions" on booking page request any item below. We will send a separate invoice for the extra items requested. Prices include delivery, set up (if included with package) and pick up at the end of your event. 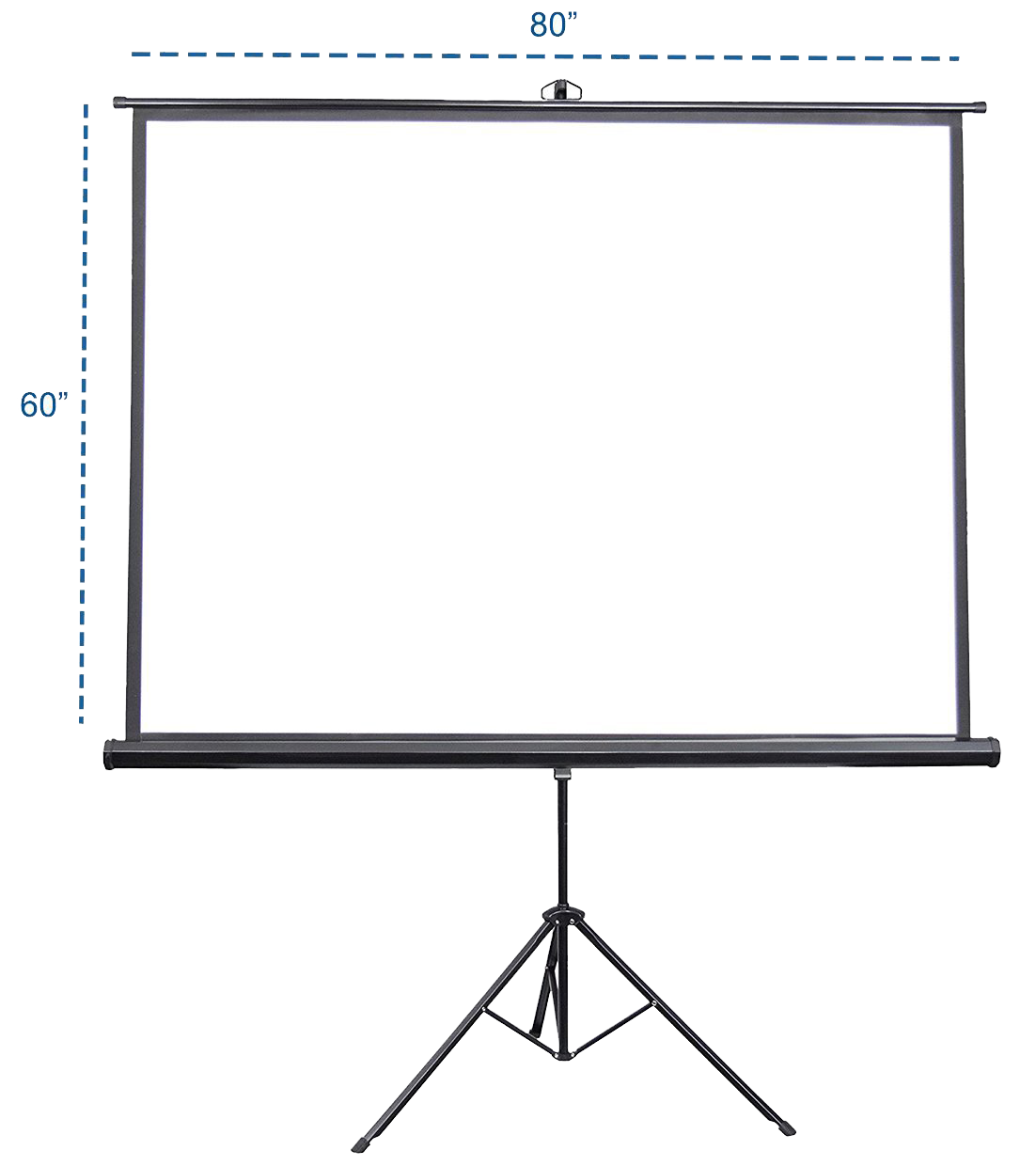 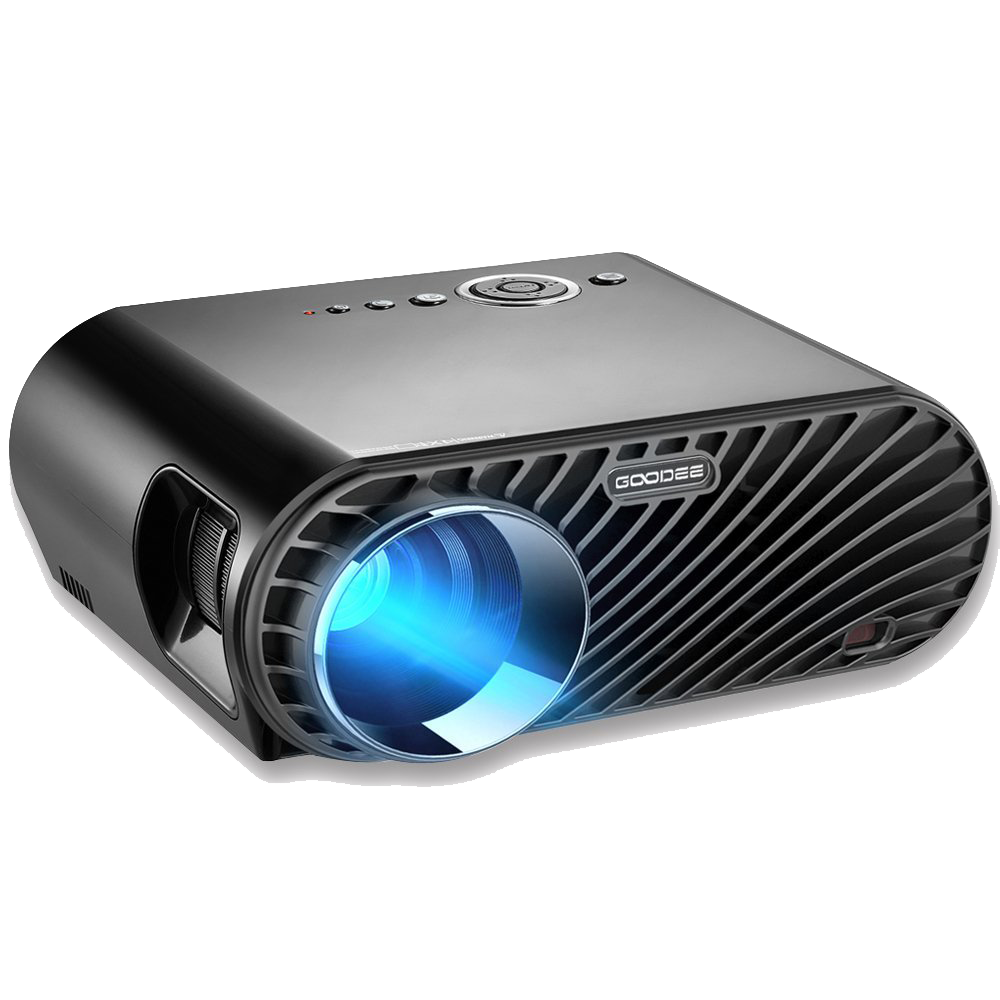 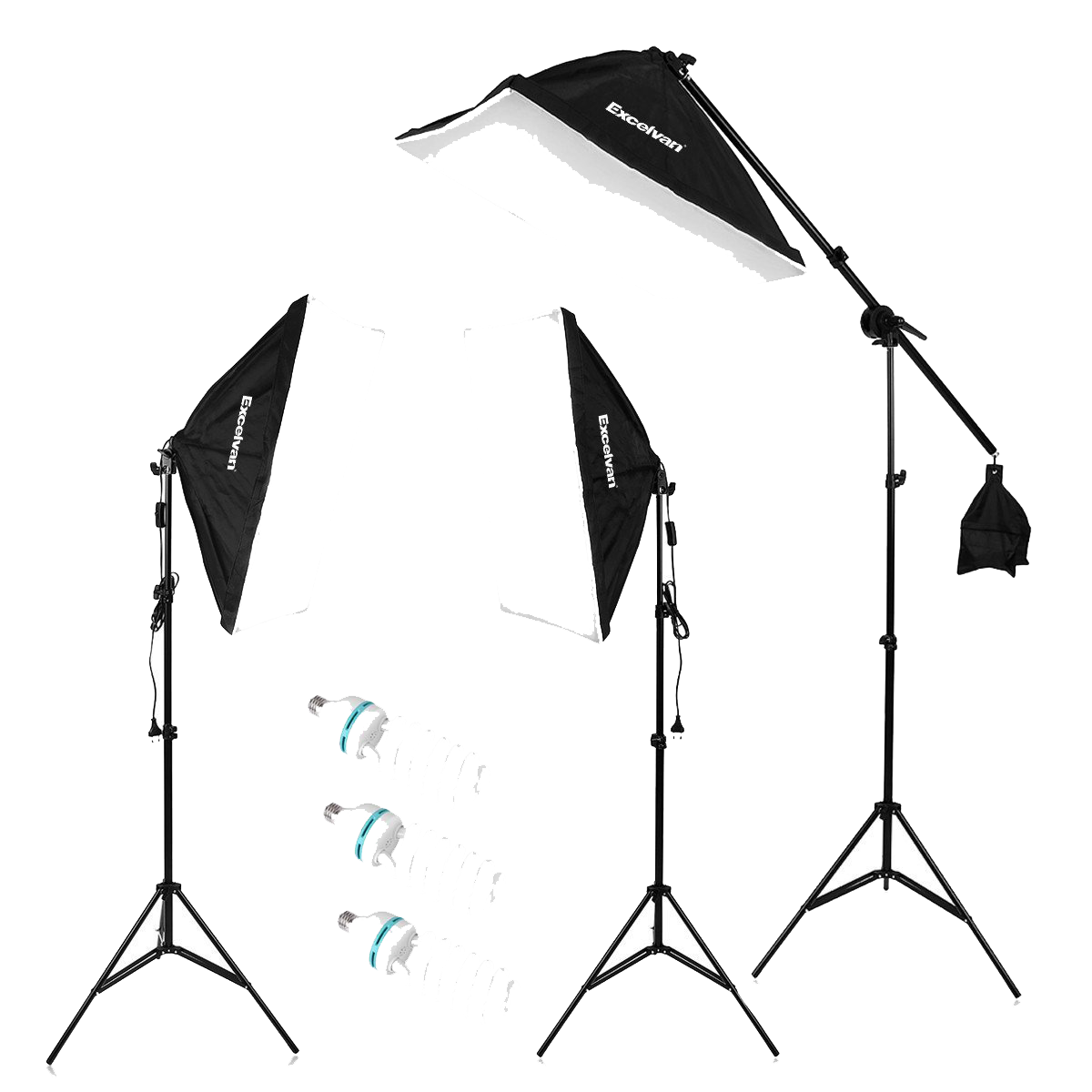 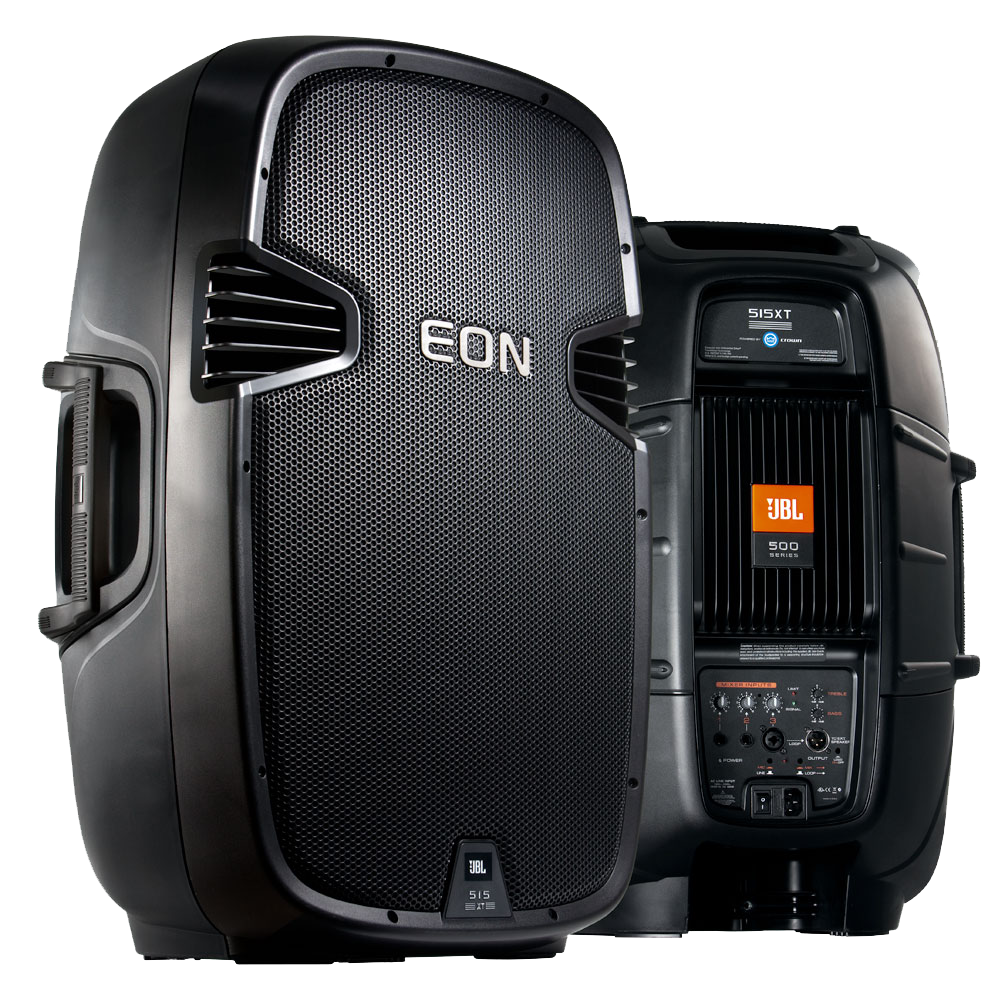 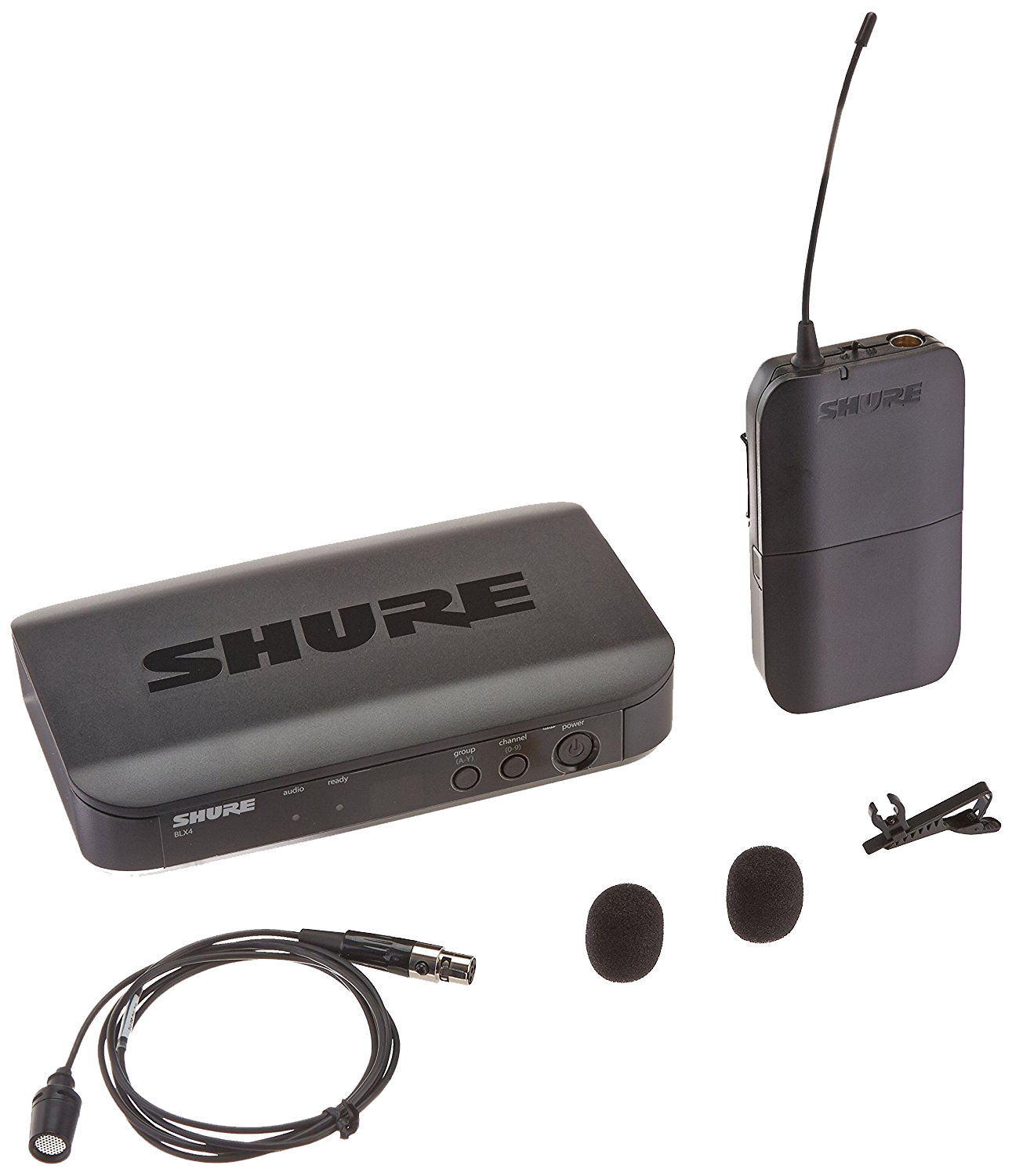 We are happy to offer your non profit organization a 10% discount in exchange of you putting a small link on any page of your website with a link back to us. Something like " event sound by Sound Rentals NYC"

How to get the discount & a refund of sales tax:

• To get the 10% discount, please book paying regular price, then send us via email (service@soundrentalsnyc.com) the page where the link is posted so we can refund the discount.

• To avoid paying sales tax, pay full price on the booking including sales tax (our website would add by default sales tax), then email us your tax exempt letter. We will issue a refund for the sales tax portion.

Not sure what equipment you actually need?

Let us customize a package that works for your event needs and budget. Please send us a text to (347) 674-6157 for immediate pricing. Thanks!

Included with All Packages 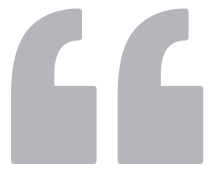 "All I needed for the wedding of my daughter was a quality audio sound which was highly carried out by this Audio rentals I hired, My friend Mike recommend this rental to me and they did a great job,the staff was friendly and was able to fixed all sound errors where necessary,they have a lot of great sound equipmens,infact I will me using this Audio rentals for my next occasion!" 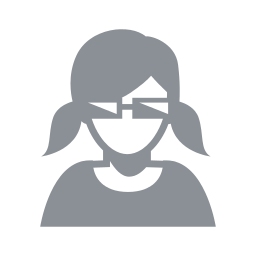 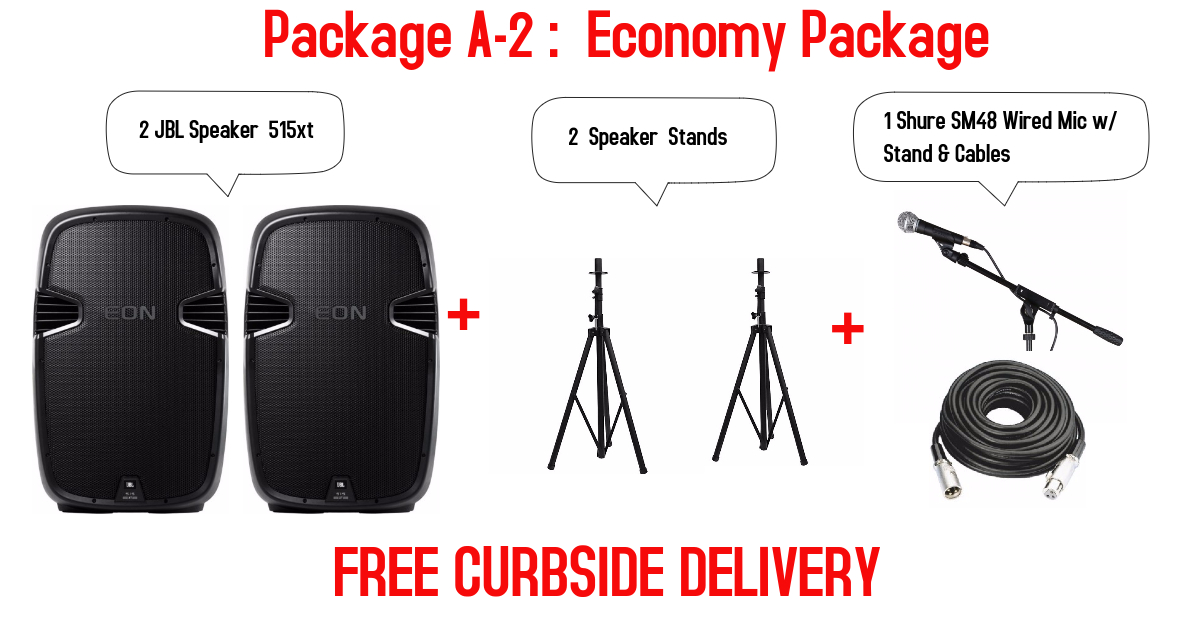